I hear swathes of positivity from all the groups with success and expansion on many fronts. To quote Regen, there is a ‘flowering’ of support everywhere with a reaching out to countries outside the UK. XR is happy to work within and alongside Europe!

Huge thanks to everyone who sent in up-to-date news from the groups. I know how frantically busy you all are as we move towards April’s Mighty Big Push. My hunch is to keep reports here short and informative, as you have done in this issue, so it’s not another dreaded job to do. Think of it as joining the inner dots. Can you also please send photos and images to pretty-up the text.

Along the same lines, I query including an essay here. I’m not convinced it’s the right place as this is primarily a catch-up briefing. I’d welcome your thoughts. This time around, I’ve adopted Matthew’s suggestion of adding a few inspiring quotes, in tune with the mood for April.

I sign off with some about-time good news from the media: ‘The Guardian will now publish the Mauna Loa carbon count, the global benchmark, on the weather page of the paper every day.’

And the Guardian asks: ‘Were you inspired by XR?

The next internal newsletter will be out after April 15th. Now that will be an exciting issue! 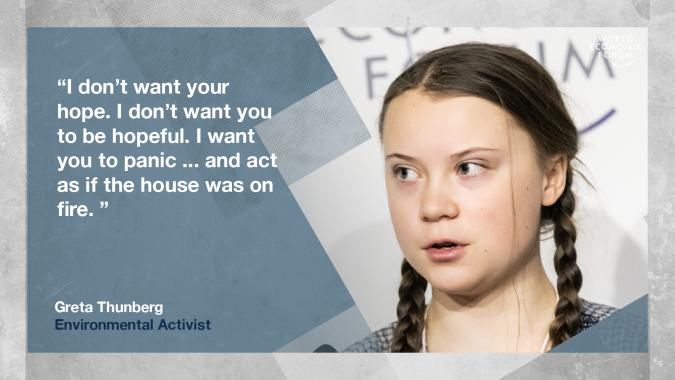 The people of London have come through for us massively and we have ~250 spaces for rebels in London being hosted by other activists scattered throughout the two weeks, if you are wanting for accommodation with a personal touch hit us up. On the open spaces front we have finalized 7 free locations of various sizes ranging from 10-100 capacity in London, but only for evening sleeping space.

We are still looking for spaces for day time respite for our brave overnight blockaders! We won’t stop till we we do!

This subgroup of Regen is really flowering. We now have close to 70 Open Homes as part of our network, willing to take activists on respite for a few days and in many cases, provide food. On the Land side, we are making excellent links with social farms around London, and the national Permaculture Association. After April L & R will split into two subgroups. Contact: xr-landandrespite@protonmail.com

The original renegade international blog has retained its identity separate from the main XR websites, and we are now pleased to announce that we are in the process of expanding outward to other global movements such as Earthstrike, Youth Strike, Earth First and Reclaim The Power. We will henceforward be an international mass civil disobedience blog. Please bear with us during this transition phase, which will at some point include a name change. Interim Contact: matthew.xr@protonmail.com

The newsletter team has continued to enjoy its long-awaited regular output schedule: sending an issue every Wednesday has allowed us to find a steady rhythm in terms of content-writing. We’ve recently added a short new section called ‘Act Now’, the idea of which is to encourage our wonderful readers into taking small and immediate actions which will (theoretically) lead to bigger ones. We’re also working on a plan for how best to deal with the daily pace of news beginning from the 15th. All of which will hopefully be made lots easier by the addition of four new friendly faces to the team!

The press team is working on all cylinders to cover the build-up to International Rebellion, and also to develop a game-plan for the 15th onwards. We’re building relationships with journalists as ever (but even more hurriedly!), and are liaising with the rest of the M&M team to ensure we have a presence at all of the Rebellion’s locations. We should have some fairly big coverage coming out towards the end of this week to set the scene.

The international support team have been working on facilitating conversations among different national XR teams in different countries, to build more connections across the international network. We’re working on twinning city/local groups and bringing representatives from specific work areas such as media and messaging together with similar national working groups in other countries, to ensure that folks internationally are as up to date as possible with one another.

On the weekend of 30th March, XR rebels from over eleven different countries came together in Brussels for a weekend gathering of workshops, discussions and delicious vegan food. Some were familiar with each other from months of online calls, many were meeting face-to-face for the first time, and others were completely new to the movement!

We sang, danced, did theatre workshops, chatted about biodiversity, regenerative culture and internationalist solidarity, and ended the weekend together by joining the climate march and announcing rebellion week on stage, much to the crowds enjoyment! It was a truly wonderful weekend, connecting many different groups and sharing experiences and stories.

The rebellion is near – get yourself trained up now! Green and Black Cross (GBC) have provided three more Legal Observer trainings before April 15th:

The Legal working group is also offering two Online Arrest Watch trainings on Saturday, 6th April, 6-9.30pm (register here), and on Thursday, 11th April, 6-9.30pm (register here). Arrest Watch trainings are not the same as Legal Observer trainings and are not meant to replace them. They are much more about providing rebels with insight into the full arrestee support system (rather than just what’s going on at an action) and showing them how they can become part of it. You can find more information here.

We’re still in urgent need of more legal observers (LOs) and back office supporters for the rebellion! If you can help us out, even if only for one shift, please sign up on our rota. Only people who attended the full 5-hour GBC LO training should sign up for legal observing. Anyone can help out in the back office but it’s preferable that you attend an Arrest Watch training beforehand.

To end on a very high note:

So far there’s confirmation for over 70 Affinity Groups attending next week’s rebellion, which means we’ve got an absolute minimum of 700 highly trained and motivated people joining us on Monday.

And here’s an article just published by James Westcott in Impakter:

(I’ll try to find more obscure ones next time!)

“There’s one issue that will define the contours of this century more dramatically than any other, and that is the urgent threat of climate change.”

“It’s a collective endeavor, it’s collective accountability and it may not be too late.”

“We have a single mission: to protect and hand on the planet to the next generation.”

“People of conscience need to break their ties with corporations financing the injustice of climate change.