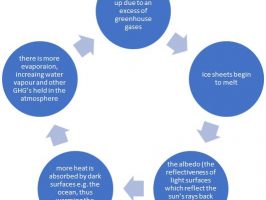 On Thursday February 21st, I went to my first ever protest; it was to influence and spread awareness about how Devon needs to become carbon neutral by 2030. I was excited yet nervous as I walked up to the old building where the event was taking place, I went with two other girls and two guys my age. When I arrived on the sunlight flooded field at midday, I finally realised the importance of the issues we are facing. We need to join together and do more to get our voices heard so that in years to come, our great grandchildren will be eternally grateful by the effort we put into saving their future. People of all ages were united. Families, teens, and the elderly. It was a beautiful experience to share with such passionate like-minded people. Everyone who was there had the same goal and wanted to work as a team to achieve it, which is a concept that is truly inspiring to me. It was amazing to meet so many interesting people from all different backgrounds. We chanted, we sang, and we stood our ground. I was asked to come to other protests in the area and I was also approached by many older people telling me well done for coming, because as a young person this decision will affect me the most. Seeing the colourful posters with encouraging messages only made me more determined to carry on this fight until the very end. The main symbol that got stuck in my mind that day was a timer. Climate change is something that will affect all of us, and I would desperately encourage you to go out and play your part, whether that be through protesting or something else. We can do this, but we need to act fast.

In an age where news is filtered for entertainment and reality TV takes over our lives, it is easy to forget the real issues at hand. In November 2018, the largest and deadliest forest fire in California states record broke out, classed as the costliest disaster in the world, 2018; despite this, only 4% of networks broadcasted the disaster. On February 25th, 2019 the UK experience the hottest day in February on record, the BBC announced that if this doubling in temperature continued into the summer we could experience severe drought. These events and disasters are no coincidence, they have a direct link to our increasingly changing climate.

We are creating a positive feedback system:

We need to mitigate this feedback loop to prevent
global warming from spiralling out of control.

The IPCC (Intergovernmental Panel on
Climate Change) has warned that we must cap
temperature rise at 1.5 degrees C, which is classed as ‘the tipping point’,
if exceeded the temperature will increase uncontrollably and we will be past
the point of mitigation. If the climate warming exceeds 1.5 degrees C, the
great barrier reef will be destroyed, droughts and hurricanes will become the
norm and the melting of ice sheets will cause major flooding. During the summer
months the arctic will experience an increase of 2.5 degrees C, the alps,
already warming more than twice as fast as the rest of Europe, will cause
annual droughts, as experienced in 2018. Furthermore, in the last decade 600
meters of glacial ice has been reduced in this region and it is predicted that
by the end of the century, glaciers will
disappear completely, leaving only a few in mountain summits.

We
have the facts. We have the power. We will have climate justice

ABC News
(Australia). (2019, February 26th). Can we hack climate change to save us all?
| Foreign Correspondent. Retrieved February 2019, from YouTube:

A Salute to the School Strikers

You’ll have noticed that there’s never any shortage of grown-ups who
are eager to tell you their opinions about whatever you happen to be
doing. That’s especially true when tens of thousands of you—including my
daughter, I’m proud to say—skip school to protest about the state your
elders are leaving the planet in.

Quite a few “responsible” adults—as in “the ones who are responsible
for the mess we’re in”—have made it clear they think the Climate Strike
is really just an excuse to skip school. Well, duh! Obviously it’s much
more fun and educational to be out in the streets changing the world
than sitting in class being taught about it. You’ve written slogans and
designed placards, organised with friends and debated with opponents,
made appearances on TV and in social media, made new friends and bumped
into old ones you had no idea were involved. Try fitting all that into a
timetable and a lesson plan.

Theresa May had this to
say about the School Strike: “…Disruption increases teachers’ workloads
and wastes lesson time that teachers have carefully prepared for. That
time is crucial for young people precisely so that they can develop into
the top scientists, engineers and advocates that we need to help tackle
this problem.”

Sorry, Theresa, but I’ll have to give you an F for that answer. This
is a global ecological emergency! We need action NOW, not in 30 years’
time when a lucky few among today’s teenagers have managed to reach
positions of power and influence. Anyway the vast majority of schools
don’t give kids the kind of education they need to gain access to those
positions. And the wise young people who were on the streets on Friday
know full well that what’s needed today isn’t more technical solutions,
but the political will to put the solutions we already have into
practice, in a way that’s socially just and ecologically sustainable. No
amount of studying is going to achieve that.

When it comes to the cost and value of formal education, I know what
I’m talking about. I left school in 1988, the year the IPCC was founded;
I studied science at university, graduating in 1992, the year of the
Rio Earth Summit, went on to do a masters in ecology, then a PhD,
studying the effects of climate change on rocky shore organisms.

In November 2002, the very same weekend I completed my fieldwork, the beautiful coast of northern Spain was devastated by the Prestige oil spill—the
worst environmental disaster in Spain’s history—which covered the whole
shore in a thick layer of toxic black fuel oil, poisoning the seaweed
and shellfish I’d spent three years studying.

After all that, I still couldn’t get a job changing the world, so I
had to do it on my own time, supporting myself as an writer, editor and
translator while also building a house for my family—all skills that I
learned mostly outside the formal education system.

Meanwhile, in those 30 years since I left school, theglobal economy has emitted more CO2
than it did during the whole of human history up to that point, and
still shows no sign of slowing down, while ecosystems worldwide are on
the point of collapse. If anyone had told me back then that we’d be in
this predicament now, I think I would have done less studying and more
protesting.

Unlike George Monbiot, I don’t
feel inclined to apologise to your generation on behalf of my own for
having fucked up the world. I’ve been doing what I can. Let everyone
look to their own conscience.

But nor do I want to put the burden of the future entirely on your shoulders. Greta Thunberg
has something to say about that: “It’s sometimes annoying when people
say, ‘Oh you children, you young people are the hope. You will save the
world.’ I think it would be helpful if you could help us just a little
bit.”

Hearing you loud and clear, Greta. On behalf of the adults of Extinction Rebellion (XR)—and
I think I’m safe in speaking for the whole movement here—I want to say
to the school strikers: we’ve got your back. We’re here to help. We
don’t want to take control of the Climate Strike, profit from it, or use
it as part of our nefarious plot to take over the world (well, ok,
maybe just a little bit ;-). You’ve done a great job so far, and it has
to continue to be driven and organised by you, the young people. But we
want to offer you our whole-hearted support to help the Climate Strike
grow bigger and better every Friday, and make the next mass action, on
Friday March 15th, absolutely impossible to ignore.

In a very practical sense, XR has a lot of resources that you can
draw on. (Of course, we’re also aware of the safeguarding and legal
issues around adults working with children and other vulnerable groups.)
We can offer training and support in a load of different areas: media
and messaging, legal advice, how to plan and cary out NVDA (non-violent
direct action), how to facilitate meetings and assemblies, prevent
burnout, resolve conflicts, and make sure we are all having a good time,
how to make effective and beautiful graphics, signs, puppets, music…
Really, pretty much everything your movement needs to grow and flourish,
except your own passion, wisdom and dedication—and you already have
that in abundance.

What about Monday morning?

It’s great that you’re out on the streets protesting on Fridays. I hope you keep it up and diversify what you do during the protests. Marching, waving banners and shouting slogans gets a bit boring after a while. How about holding (Young) People’s Assemblies to talk about the ecological emergency and what we should be doing about it? Extend the conversation you’ve started with your brilliant signs and slogans.

But I think what matters just as much is what you’re going to be doing Monday to Thursday. Many of you are about to go back to school after the half-term break: going from schooling adults in how to change the world, to having to ask to use the bathroom.

Despite the excellent intentions and efforts of many teachers, the vast majority of schools are simply not fit for purpose. They just aren’t set up to empower and inform the young people who are going to create a restorative future for Planet Earth. Rather, for the most part, they foster a culture of domination, disempowerment, passivity, and hopelessness: in fact, the culture at the root of the ecological crisis. The system persists through our resignation and acceptance. Systemic change is needed, starting where each of us is best placed to act. For you, that’s likely to be in your school.

The climate crisis is a great rallying point, though our predicament
is a whole lot bigger than just the climate. From oceans to insects,
forests to cities, health to justice, no aspect of life on Earth is
untouched. You can create a student-led assembly to demand your school
declare an climate emergency, and discuss what to do about it: whether
that means planting a school forest, tackling air pollution, eliminating
plastics, stopping the use of pesticides, sourcing healthy local food
for school lunches or growing your own… or reaching out into your local
communities. But at the same time, you’ll likely find yourselves talking
about, and coming up with solutions for, a lot of other problems—from
bullying to child poverty to boring lessons—once you start to see how
they are all connected.

I don’t mean you should be rude or arrogant in your behaviour. Be respectful at all times—especially to your opponents; but make it clear that you’re going to do what you believe is right, whether those in power grant permission or not. Most adults will be on your side, even if they might be afraid to say so openly.

Another world is possible. See you there!