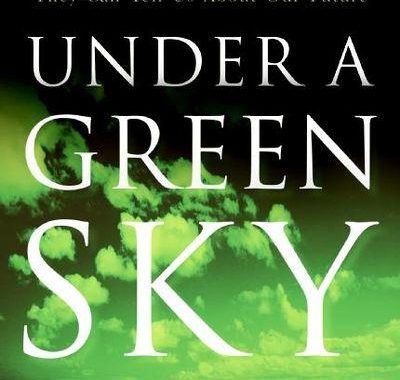 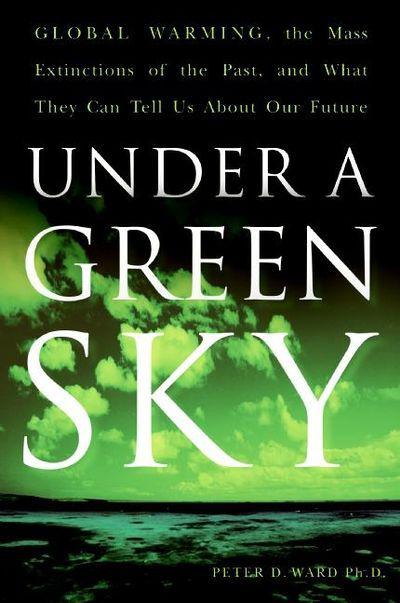 Climate change is usually pictured in terms of rising sea levels and increased storm and drought; but science has revealed that it bears further threats. These previously unknown dangers of climate change are the focus of Peter D. Ward’s book, “Under a Green Sky: Global warming, the mass extinctions of the past, and what they can tell us about our future”. Ward is a professor of biology and earth and space sciences at the University of Washington at Seattle, and also works at Nasa. He is one of the biologists whose analysis of the fossil record has helped scientists understand what caused the numerous mass extinctions that have occurred during the history of life on earth.

The most famous of earlier mass extinctions was the one which wiped out the dinosaurs; thirty years ago, scientists confirmed it was the result of an asteroid hitting the earth. Following that great discovery, scientists for years assumed that all the other mass extinctions were similarly the result of asteroid impacts. However, geologists were ultimately unable to find any evidence for those supposed asteroids. Apparently, the extinction of the dinosaurs was unique, and a different explanation was necessary for the remaining mass extinctions. This was ultimately found to be global warming due to excess carbon dioxide in the atmosphere. It turns out that large quantities of carbon dioxide can be released by volcanic activity; this is especially likely in major tectonic events such as when the Indian subcontinent collided with Eurasia (creating the Himalayas).

Ward’s book investigates the mechanism by which global warming caused mass extinctions such as the end-Permian extinction event, which destroyed 95% of life on earth 250 million years ago. Scientists have found that most mass extinctions were marked by the release of huge amounts of hydrogen sulphide gas, which is the smelly, poisonous gas released by rotten eggs. The hydrogen sulphide would have been created by an oxygen-free “Canfield ocean” (named after the scientist who discovered it), a condition similar to that which now exists in the Black Sea. Canfield oceans occur when global warming melts too much polar ice, releasing so much cold water that the normal ocean currents which circulate water from deep to shallow and keep the oceans oxygen-rich are disrupted. Once this happens, the oxygen-breathing fish and other sea creatures quickly consume all the oxygen left in the water and then suffocate. The remaining oxygen-free water can sustain only anaerobic purple bacteria which require no oxygen to live; by filling up the ocean, these bacteria would also turn the ocean purple.

Anaerobic purple bacteria in a Canfield ocean produce massive quantities of hydrogen sulphide gas, which then bubbles to the surface and poisons animals on land. Hydrogen sulphide also damages the ozone layer, exposing the remaining animals and plants to deadly levels of ultraviolet rays from the sun (as a minor side effect, hydrogen sulphide from a Canfield ocean would also turn the sky green; hence the title of the book). Thus global warming has caused mass extinctions on both land and sea which can only be described as apocalyptic.

How far away is this? We don’t know exactly how much polar ice has to melt to create a Canfield ocean and another mass extinction, but we do know the following:
“Using [current carbon dioxide emission] rates, which work out to about 120 parts per million per century, we might expect carbon dioxide levels to hit 500 to 600 parts per million by the year 2100. That would be the same carbon dioxide levels that were most recently present sometime in the past 40 million years — or more relevant, it would be equivalent to times when there was little or no ice even at the poles.” (Pages 164-5)

In other words, by the year 2100, within two or three generations, carbon dioxide levels will be high enough to virtually ensure another polar melt. This could possibly set into motion a Canfield ocean and mass extinction which humanity may not survive.

Our only chance to avoid this apocalyptic future is to stop using fossil fuels like coal, petroleum and gas, and replace them completely within a few decades with nuclear, wind and solar. This is the only way to prevent further polar ice melting and a Canfield ocean-created mass extinction. Unfortunately politicians and the public are in a state of scientific ignorance and denial of climate change. Anyone who cares about the survival of humanity beyond the next century needs to take action to stir the public from it’s state of inertia.