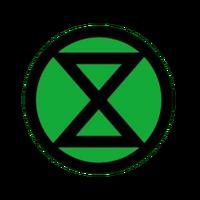 In 2015, I was working in Mariupol, Ukraine, setting up office and rolling out a humanitarian response to the ugly, harsh and continuing conflict in the Donbass. Daily our team would trek towards the ‘line of contact’ separating the two warring sides, passing kilometres of WWII style trenches, and heavily fortified checkpoints packed with Ukrainian soldiers, who would go give our vehicles a quick once over before letting us through. Invariably, we found that those still living on the frontline, in their bullet pocked and shell-mangled houses, were the elderly and people with disabilities. Those, who by their own admission, had nowhere else to go, this was their home.  At night, over a beer, we would listen to the shelling less than 15 kilometres away as the two sides delighted in keeping each other up all night.

In my spare
time, my chosen reading material was This
Changes Everything by Naomi Klein. As I looked up from the pages of the book,
out of my window to the industrial skyline of the city, ringed as it is by
steel and chemical works all across the horizon and the port to the Azov Sea to
the south, I noted the light film of black soot that covered my window sill if
I left it open for the day, the giant chimney stacks perpetually spewing smoke and
the soapy film that ran down the middle of the street every time it rained.
Needless to say, I didn’t get very far with the book. It was all too much for
me, the people of Mariupol were getting a raw deal, short-changed from all
sides. I already felt small, adding climate change to the mix, made me feel
powerless, useless.

Watching XR take
off and command global attention, seeing non-violent civil disobedience do
exactly what it is intended to do, is changing that sense of powerlessness
inside me. Hearing the flimsy response of the UK authorities that police are
being diverted from ‘violent crime’ in order to manage the blockades by the
rebels or reading academics who recommend ‘tea fetes’ as a more viable tactic
to obtain sympathetic public opinion is a testament to the work of the movement
thus far. In these feather-ruffled responses, I hear a call for business as
usual. But the courage of the rebels has been heard and noted with the various
declarations of a climate emergency in the UK, the Committee on Climate Change’s report for a net zero carbon free UK by 2050
that they are pushing to be signed into law now, and the global surge of
protest movements demanding change. These are revolutionary times we live in
and it appears that a global wake-up call from the streets has put the heat
under the decision makers.

In 1968, Howard
Zinn, wrote ‘this is why civil disobedience is not just to be tolerated; if we
are to have a truly democratic society, it is a necessity. By its nature it reflects the intensity of feeling about
important issues as well as the extent of the feeling.’ He was writing about those
who risked and endured incarceration by objecting to the Vietnam War but his
words are as valid today as they were then, if not more so. The CCC pointed to
the level of intensity seen in the recent protests as part of its advocacy for
cutting carbon emissions to zero starting today.

Recently, I have
participated in on UN led sessions monitoring progress towards the 2030
Sustainable development goals. Climate change and the need for action has not
been neglected in these discussions. That said, as I observe the member states
and participating agencies wrangle over terminology and monitoring indicators,
I am struck by how this is also business as usual, very well intentioned
business but far from the revolutionary type required given the emergency
timeframe we are living in. The urgency is lacking.  So, back we go to Zinn, who concluded; “A new
politics of protest, designed to put pressure on our national leaders, more
effectively, more threateningly, more forcefully than ever before is needed”.
The streets rose up, the urgency appeared.

That said, I
also realise to be effective you need to have rebels on the so-called ‘inside’
and ‘outside.’ You need networks of influence that punctuate all levels of the
political and justice systems. You need networks that represent the full gamut
of those affected by climate change; youth, the global south, diversity,
ethnicity, the dispossessed. We also have to mobilise ourselves against
emergent threats such as fossil fuel dominated Climate Leadership Council which lobbies for legal immunity from cases taken
against them for climate and environmental damages caused by their actions.

Rolling town
hall meetings were an instrumental part of the 2016 Bernie Sanders campaign
mobilizing the great surge in grass roots support for his candidacy. Coming
from Ireland, I have watched in admiration, the great societal leaps spurred
through the debates and decisions taken by a national level citizen’s assembly.
Public support can be mobilized and maintained through a campaign of holding local
level citizens assemblies and XR has chosen its tactics wisely by adopting
them.

I may be too
much of a dreamer but guerrilla tactics that provide a social service like
providing renewable energy to underserved public services (like hospitals or
clinics) in marginalized areas can also drive the message home to people that
there is a climate emergency and the system is failing us now, not at some
unspecified point in the distant future. The clandestine Gap organization in
Rome is exactly this, a vigilante group performing ‘illegal’ acts of repair to
the cities crumbling infrastructure. Partnership with renewable energy providers,
if they were willing to take the risk and it appears that a number of
businesses are, could be an interesting mechanism for responding to some of the
manifold grievances that are sure to be raised in the citizens assemblies that
link climate injustice to social neglect and marginalization.

The people
living in Mariupol, still live with ongoing conflict, landmines, shelling,
dispossession, loss of income, loss of family members, restrictions on movement
and hostage to an unhealthy, toxic environment. They have innumerable daily
challenges to confront but with nowhere else to go it is still their home. This
is our home, we have nowhere else to go. We will not be victims, if we stand
together, we are strong, a better future awaits.

I am inspired and
forever grateful to those that took to the streets globally to demand exactly
that.